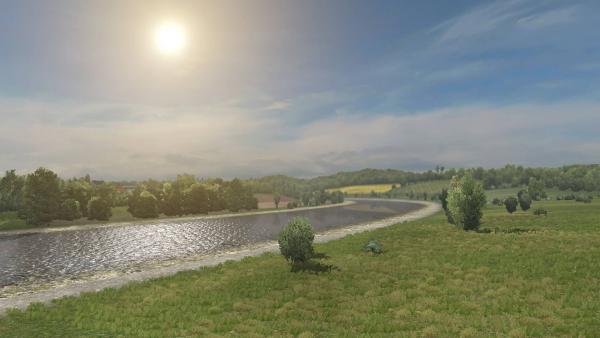 A global addition, which includes the graphic and sound component of the ETS 2 simulator, maximally bringing the perception of the game picture to realism. Almost all textures were replaced with new, high resolution, and sound environment files with more realistic ones. Modification will be a pleasant surprise for fans of mods such as Piva Weather.

Universal graphic and sound mod Realistic Brutal Weather for Euro Truck Simulator 2 includes its own recycled climate, converted natural effects of fog, rain of various densities and intensities. The player of the ETS 2 simulator will be pleasantly surprised by the new displays of the water surface of rivers, lakes and bays, the texture of the road surface, the sky, the sounds of the wind, the sound of thunder, as well as the singing of birds and the voices of animals.

Dear site user, whatever new mod you have installed in your game, do not forget to experience the quality of New trucks on the roads of the simulator ETS 2!
graphics realism
Previous modNext mod

Many gamers were not particularly pleased with the performance of tasks during inclement weather, so the bulk of the players sought to turn off the weather function in the ETS 2 settings. Now you can...

Each player of Euro Truck Simulator 2 wants to see the maximum realism of the game world, so many authors create a large number of graphic mods. One of these modifications is Lautus Graphics &...