What is password for extracting the file in winrar Can tell pls...
WE IN VK
SUBSCRIBE
Mods for ETS 2 simulator / Cars / Mercedes-Benz S65 AMG 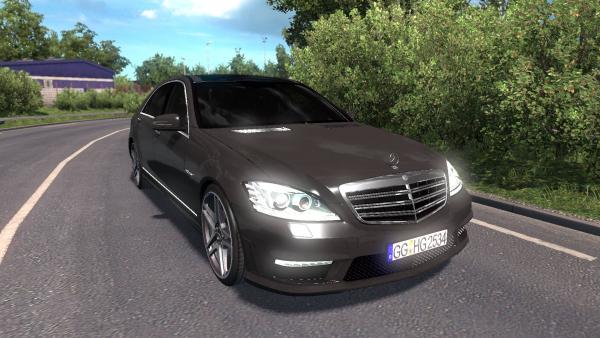 The prestigious executive car Mercedes-Benz S65 AMG was produced by the German company Mercedes in the period from 2005 to 2013. In 2009, the company's engineers restyled the model, as a result, the car received new bumpers, mirrors, headlights, and taillights. Although the car has long been discontinued, but nowadays, along with the MB CL65 AMG is quite popular in the countries of the European part of the continent.

The mod of the Mercedes-Benz S65 AMG passenger car for Euro Truck Simulator 2 has a realistic three-dimensional model with a proprietary animated interior and support for the DLC Cabin Accessories add-on. When buying a car in any of the ETS 2 car dealerships, the player will be offered the choice of one of two available engines with a capacity of 500 and 857 horsepower, and a single nine-speed gearbox.