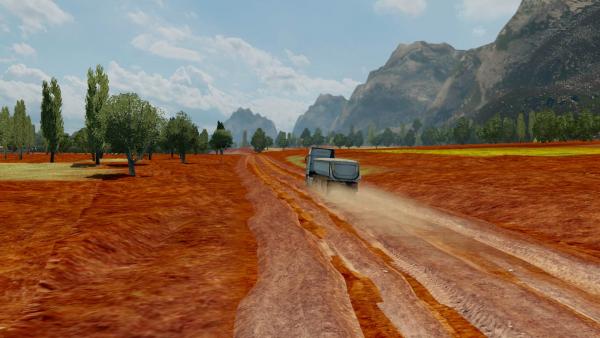 The new author’s Heavy Load / Map Carga Pesada map, based on the difficult and dangerous routes of Brazil, can compete with such a popular additional location as Stern Russia, where smooth modern asphalt tracks border on unthinkable impassability.

The heavy route map mod for Euro Truck Simulator 2 includes 26 rural settlements with its own original infrastructure, and an extensive network of diverse roads. The ETS 2 simulator player is expected by difficult routes running along asphalt, dirt and gravel roads, narrow bridges, water barriers, and other road difficulties of the South American continent.

For the add-on to work correctly, you need to know that the game must have the DLC Going East, Scandinavia, Vive La France and Italia DLC installed, then you need to create a new profile, and in the file manager instead of Europe choose: carga_mbd.mbd.

Do not forget to connect the modification files correctly, observing the following order: