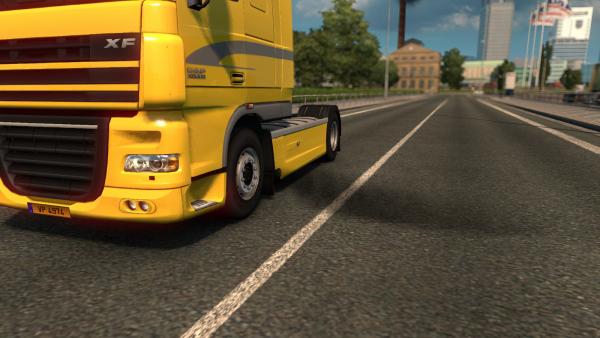 Rather unusual to race along the roads in your truck, and at the same time not see the exhaust gases from the pipe. Due to this flaw in the developers, the realism in the game world is lost. How much more interesting it is to observe how exhaust gas smoke escapes from the exhaust pipe and the virtual picture instantly acquires the effect of a living world.

The exhaust pipe smoke mod for Euro Truck Simulator 2 implements an exhaust emission animation, thereby adding a realistic effect to the ETS 2 simulator. The add-on has a slight discrepancy, because even with the engine turned off, smoke continues to come out, however this small omission does not spoil the picture of the game world. The add-on is universal, and works not only with many standard cars, but also with third-party trucks.

Dear site user, whatever new mod you have installed in your game, do not forget to experience the quality of New trucks on the roads of the simulator ETS 2!
realism
Previous modNext mod

The time has come for a new stage in the development of the game, because the legendary Ikarus 250 bus, known to many from early childhood, has appeared in our arsenal. With its help, it became...