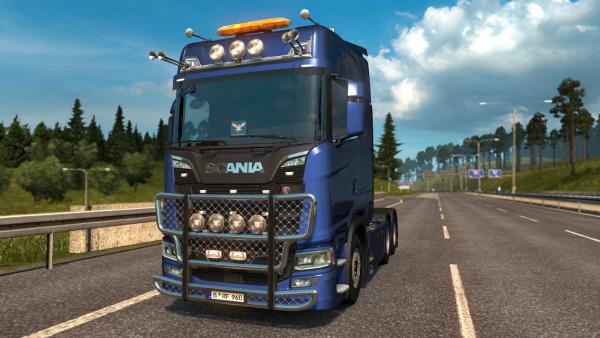 In the latest versions of the ETS 2 simulator, starting from 1.30, the developers of the game added Scania New Generation S and R tractors. But thanks to the efforts of the authors of the modifications, the players had the opportunity to test this truck on previous versions of the game.

The mod of the Scania New Generation S and R tractors for Euro Truck Simulator 2 is completely autonomous, that is, the Scania trucks are registered in a separate slot and are suitable for purchase without prejudice to the standard ones. Fans of the simulator are offered a choice of chassis with 4x2, 6x2 and 6x4 wheel formulas, a wide range of original engines with characteristic sound effects, their own gearboxes and a set of branded accessories. In addition, players will be pleasantly surprised by the new interior in several color options.