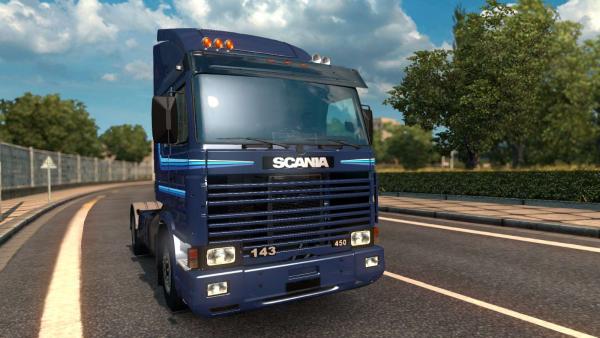 The Scania R113H hard worker tractor from Swedish car manufacturers has a cabless engine layout. The first copies of the model saw the light in the late eighties of the last century, and its production continued until 1998. The truck was equipped with a powerful 360-horsepower engine of Euro-1 standard, and in technical specifications it slightly surpasses the Scania 143M series, which was produced almost at the same time.

The Scania R113H truck mod for Euro Truck Simulator 2 is built on a chassis with 4x2 and 6x4 wheel formulas using a high-quality three-dimensional model. Power units are available in several versions, there is a choice of branded engines, with an original set of sound, from 360 to 450 horsepower; gearboxes for 6, 10 and 12 gears. Virtual trucker simulator ETS 2 will pleasantly surprise a large selection of accessories for tuning. In addition, the authors implemented a detailed interior of the driver's cab.