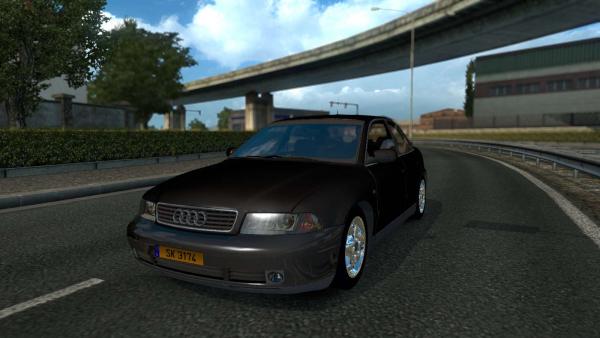 One of the most popular cars in Europe, the Audi A4 from eminent German auto manufacturers in its class is comparable to the Volkswagen Passat B6, and the like.

The mod of the Audi A4 passenger car for Euro Truck Simulator 2 has an original appearance and interior, the authors implemented a physicist characteristic of a passenger car, which gives a feeling of control for a passenger car rather than a multi-ton tractor. If desired, the player of the ETS 2 simulator will be able to paint the body in any color he likes, install a spoiler and replace the wheels from a set of branded wheels and tires.

The German crossover Audi Q7 is far from ideal, however, in this form it will be enthusiastically greeted by the players of the ETS 2 simulator, because a passenger car can be painted in any color....