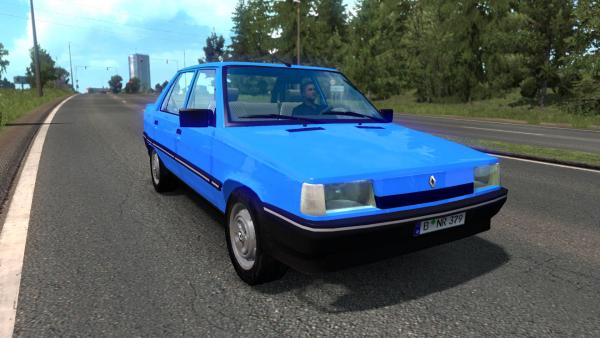 French classic passenger car Renault 9, from the company Renault, can be called one of the most popular cars of the second half of the last century, for which he was awarded the title: Car of the year in 1982, significantly ahead of the people's German passenger car Ford Taunus.

Mod passenger car Renault 9 for Euro Truck Simulator 2 on the technical side has a single engine capacity of 1.4 liters and 71 horsepower, but the authors of the modification managed to implement its characteristics, corresponding to engineering documentation. Special attention should be paid to the original interior with high-quality dashboard and prescribed animation. Fans of small cars in the simulator ETS 2 will disappoint a little almost complete lack of tuning, except for the replacement of wheels, however, the high quality of the Supplement will allow you to spend a lot of exciting gaming hours behind the wheel of a virtual rare car.