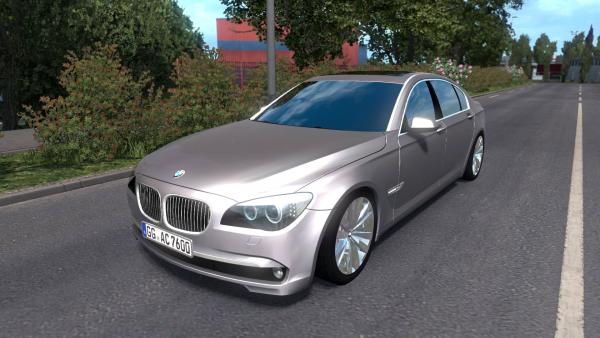 The top-end BMW 760Li passenger car belongs to the fifth generation of the seventh BMW series. The car was produced in the period from 2008 to 2015, when it was replaced on the Assembly line by a more advanced model of the BMW G11 passenger car.

Mod passenger car BMW 760Li for Euro Truck Simulator 2 is made with high visualization, there is an original interior with a choice of interior decoration and installation of accessories. On the technical side, a six-liter engine and an eight-speed transmission are available. In addition, the player simulator ETS 2 has the alternative of placing on the roof flashing beacons, and under the rear bumper tow bar to transport a light trailer.