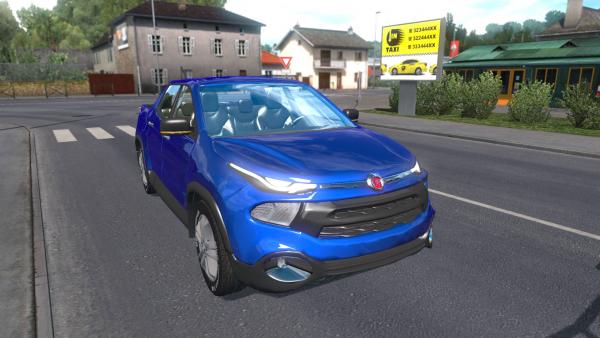 Four-wheel drive pickup Fiat Toro serially produced by the Brazilian branch of the concern Fiat from the beginning of 2016 to the present day. The car, thanks to its reliability, was very popular on the South American continent, not only among motorists, but also in various government agencies, where many instances of cars are their hard service.

Mod passenger car Fiat Toro for Euro Truck Simulator 2 has a very realistic appearance, thanks to high-quality three-dimensional model and branded wheels with tires. On the technical side, the developers of the modification implemented two engines of 1.8 and 2.0 liters and a pair of gearboxes at 6 and 9 speeds. In the body of the car, as well as in the author's addition to the Toyota Hilux pickup, it is possible to accommodate some goods. In addition, the player simulator available tinted glass in several color variations.