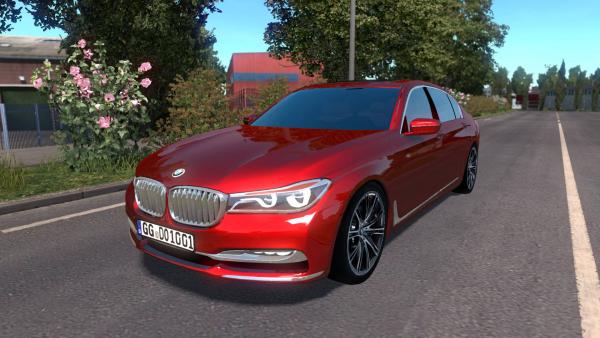 German Executive sedan BMW 750Ld xDrive, almost the only passenger car of its kind, as under its hood installed the most powerful six-cylinder diesel engine. The first copies of the car for the first time came off the Assembly line of the BMW plant in 2016.

Mod passenger car BMW 750Ld xDrive for Euro Truck Simulator 2 is equipped with a 381 horsepower engine and six-speed gearbox with genuine high-speed characteristics, allowing the player to feel the simulator ETS 2 behind the wheel of this sports car, and the original interior with animation, and support for the installation of accessories in the cabin, fully enhance the effect of realism. The car, like the BMW 760Li, is able to transport a passenger trailer due to the tow bar installed under the rear bumper.

The BMW E36 M3 sports car in the ETS 2 simulator has a photorealistic appearance. The authors took a detailed model of the body as a basis, recreated the original interior of the cabin with full...

Top passenger car BMW 760Li from the German company BMW perfectly fit into the world of virtual European roads simulator ETS 2. Mod car made in perfect quality, which allows the car to look in the...