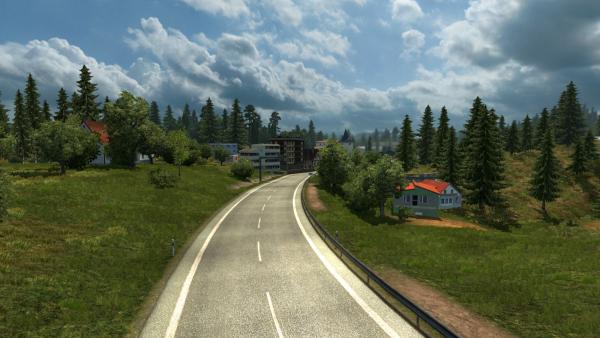 The small country of Slovakia, located in Eastern Europe, gained its independence from the Czech Republic in the early nineties of the last century after the collapse of the Socialist camp, and having a population of just over five million people. The state is located in picturesque places, breathing its own special flavor.

The map mod of Slovakia for Euro Truck Simulator 2 was created by a native of the country, which gave the modification an original atmosphere. Along the way, the virtual trucker will meet special buildings, road signs and markings, roadside infrastructure, cities and towns. A small drawback is the autonomy of the location, like the map of Northern Scandinavia, but twenty-three characteristic cities, settlements, transport companies offering orders for transportation of goods, a peculiar climate, new traffic and sound design of various kinds of actions allow the ETS simulator player to forget about it and enjoy a new quality addition.

In order to implement the map in the game, after selecting a new game, you must activate the location file called: slovak.mbd in the user account panel.