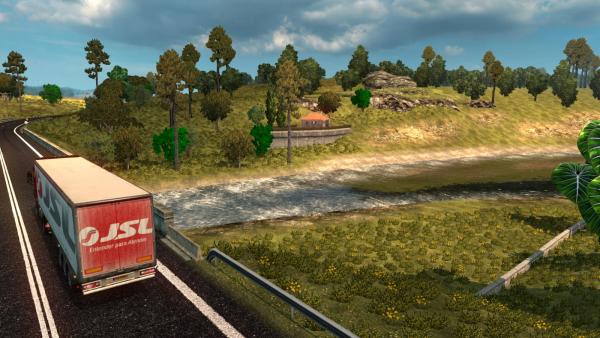 Unusual extensive author's map of Brazil, the unusualness of which is not to build new locations, but to radically change the existing location of Europe. The authors of the supplement implemented a completely new, unique approach to the creation of the game world, more than 300 distinctive cities and towns with their characteristic flavor were registered. Replaced vegetation, buildings, roadside infrastructure, road signs and markings. Original tracks and roads breathe the color of the South American country.

The Brazil map mod with the original name Mapa Brasil Total for Euro Truck Simulator 2 has significant differences from the well-known popular Brazil map from EAA in the geographical location of residential settlements, but it still clearly conveys the atmosphere of a sunny and hot country. The virtual trucker will conquer the next routes with undisguised interest, where he will expect a lot of interesting and colorful moments of the game.

In order for the MBT mod to be functional, it is necessary that the DLC Scandinavia and Going East are installed and activated in the ETS 2 simulator.