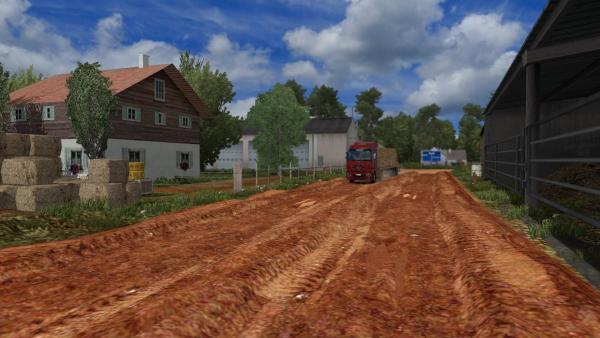 Brazil is an exotic country famous for its colorful carnivals, endless sandy beaches, tropical flora and fauna and colorful multinational culture. Many fans of the simulator ETS 2 have already traveled to the virtual version of this outlandish state with the help of modification EAA Map, and here is a new addition that allows you to take a fresh look at this part of the South American continent.

Mod maps of modern Brazil - Brazil North for Euro Truck Simulator 2 implements in the game world seven Northern States of the country. The authors recreated more than a hundred settlements and built thousands of kilometers of asphalt, soil, gravel with all the necessary infrastructure, and even not known to GPS Navigator semi-flooded swampy impassable roads. In addition, the characteristic buildings of the area, vegetation and climatic features have been implemented. With the new map we are waiting for extraordinary adventures.

You should know that the mod is standalone, so to run the map Brazil North you need to create a new profile, connect in the file Manager all parts of the game from the archive, select the game module nortebrasil.mbd and start the game.