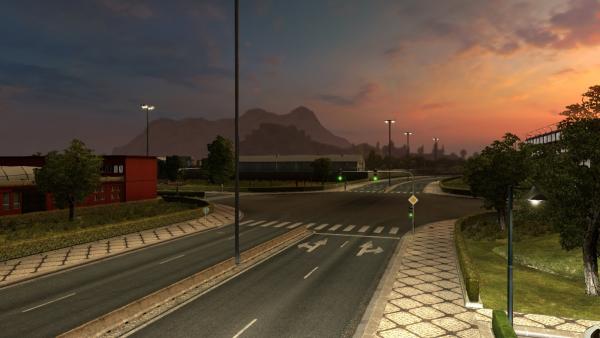 One of the largest authoring additions to Euro Truck Simulator 2 is without a doubt the mod: United Map. The modification combined as many as seven locations from various authors, among which the EAA Brazil map, widely known to fans of the ETS 2 simulator. The developers carried out tremendous work on adaptation, which allowed to exclude errors when combining them.

Virtual truckers expect more than 400 original cities and towns with a characteristic atmosphere and many thousands of kilometers of paved major roads, winding rural and forest roads. The game fans will be especially pleased that the authors added the popular Adventure Map to the mod under the original name Union Map, where incredible and interesting routes await the driver.

The combined map is fully compatible with other copyright modifications of additional locations. Please note that for the correct operation of Union Map, the DLC Scandinavia and Going East must be installed in the simulator.