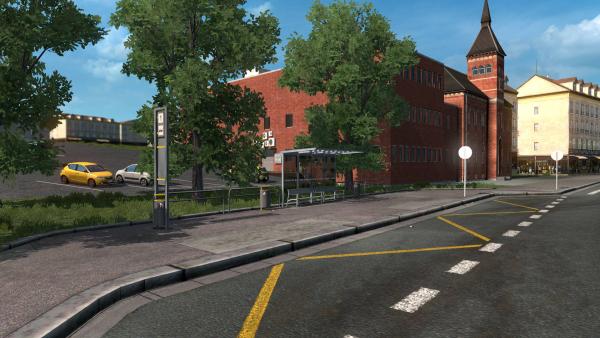 The new mod of the map of Lower Saxony, located in the north of Germany, with the original name Niedersachsen Map (N-Map) for Euro Truck Simulator 2 takes players to a new game world, in color reminiscent of an autonomous modification of the Grand Utopia. The map was recreated on a scale of 1:3, with adjustment of the duration of the game day, the author implemented nine cities with a special architecture, a developed road network with new interchanges, signs, signs, markings and roadside infrastructure, as well as its own dealers, gas stations, workshops and others objects.

Since the map is autonomous, to launch it you need to create a new profile, select the game module: niedersachsen.mbd, and start the game. For the mod to function, the following must be installed in the ETS 2 simulator: DLC: Going East, Scandinavia and Vive la France.