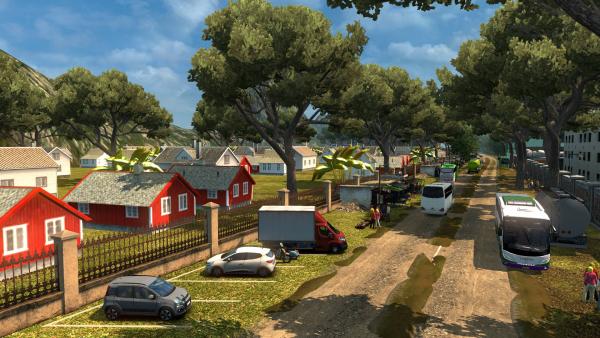 New offline map of Indonesia with original name A.S.T. Map, brings the game to the south of Kalimantan. Rural bumpy roads await the player of the ETS 2 simulator, which are replaced by modern high-speed tracks with asphalt surfaces and roadside infrastructure.

It is important to know that the map mod is standalone, so to run it you need to create a profile, select the astambul.mbd module in the file manager, and start a new game.