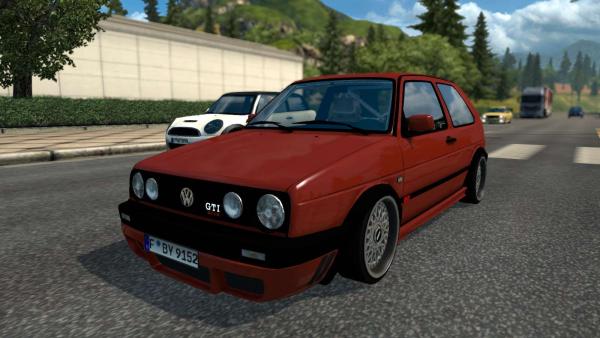 Conquering the virtual highways of Europe and other countries of additional maps, the trucker of the game Euro Truck Simulator 2 is probably tired of watching the boring monotonous abundance of cars from the window of his freight transport. You can diversify this grayness by installing a passenger traffic pack, but even if it is boring, for the diversity of the game world, you can dilute the traffic flow with passenger cars that have undergone tuning.

The TZ AI Tuning cars mod adds tuned cars to motorways, rural roads, city streets and parking lots of the ETS 2 simulator. All new vehicles are made in exceptional quality, and correspond to the original brands and models. All cars are popular brands such as Volkswagen, Seat, Audi, Ford, Lexus and some other well-known automakers.

Dear user of the site, choosing your favorite number and variety of vehicles on the road, we recommend you to download and install additional map for your version of the simulator ETS 2!
traffic cars pak tuning
Previous modNext mod