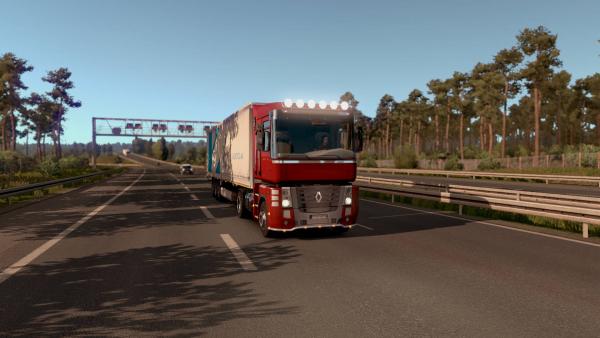 The game world of the ETS 2 simulator is not very diverse, however, the landscapes outside the car window, depending on the routes that pass, noticeably change, which cannot be said about the monotonous traffic flow. But, thanks to the efforts of the authors of the modifications, this shortcoming of the game developers is largely corrected. So, for example, not so long ago tuned cars appeared on the roads, and finally, the default trucks found in traffic were subjected to tuning.

Dear user of the site, choosing your favorite number and variety of vehicles on the road, we recommend you to download and install additional map for your version of the simulator ETS 2!
traffic tuning truck pack
Previous modNext mod