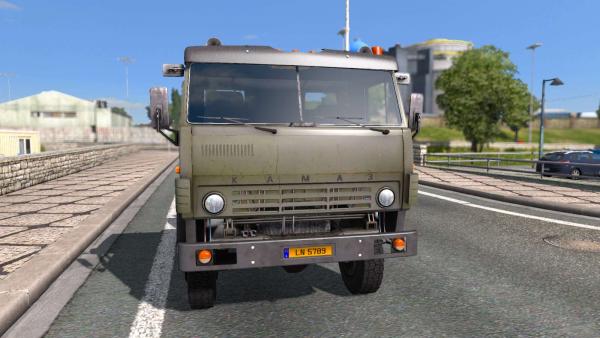 The mod adds a full-fledged ETS2 to the game. It's time to diversify the boring gameplay of the ETS 2 simulator with new domestic KamAZ tractors that amaze with their photographic feature. Many players will say that a lot of similar Russian trucks have already been created by the authors, but they are extremely rare in such high quality performance.

The mod of KamAZ 4410 and 6450 trucks for Euro Truck Simulator 2 was recreated with reliable accuracy; when it was created, the developers used, in addition to a high-quality model, original textures that add realism to a virtual car. Upon purchase, a truck with a 6x6 wheel arrangement will be available to a trucker, and sixteen engines with their own set of sounds, a dozen gearboxes and a couple of cabins that correspond to a particular car model are available. Unlike KamAZ 5410, the modification has a rich assortment of spare parts for external tuning and a number of body kits, including the manipulator. In addition, the novelty has been added to traffic.