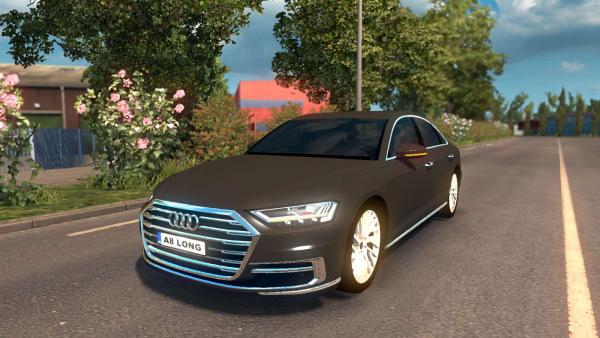 The executive car Audi A8 began to be mass-produced in 1994. This model of passenger car is very popular, therefore, with significant changes, it is leaving the assembly line of the enterprise today.

The mod of the passenger car Audi A8, the fourth generation, model of 2017, for Euro Truck Simulator 2 was recreated with original accuracy, the authors equipped the car with a set of two engines and an eight-speed gearbox, whose power and agility can be tested on the additional racing track of the ETS 2 simulator. Unfortunately, there is no possibility of external tuning, however, the characteristic interior of the cabin with animation of instruments, and genuine wheels with tires will pleasantly complement Audi's rich appearance.

Dear site user, for cargo transportation by passenger car, do not forget to download and install the mod Passenger trailer for all ETS 2 simulator versions!
cars Audi
Previous modNext mod