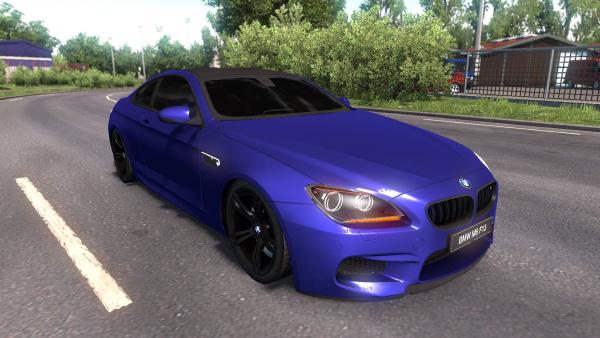 The sports version of the BMW M6 F13 passenger car, manufactured by BMW since the beginning of 2012, as well as the American cult car Dodge Challenger, is one of the most popular sports cars among fans of high-speed cars.

The mod of the BMW M6 F13 passenger car for Euro Truck Simulator 2 was executed in the highest quality, the basis for creating the add-on was a detailed three-dimensional model and high-quality textures. The authors of the modification carefully recreated the original interior of the cabin with animation and support for the DLC Cabin. When buying a car, the ETS 2 sim player will be offered a choice of a pair of engines with 255 and 553 horsepower and an eight-speed gearbox.