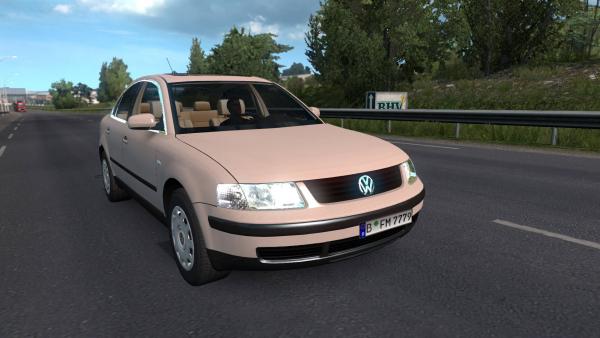 One of the most popular passenger car models among motorists, Volkswagen Passat B5, produced by the German concern Volkswagen, belongs to the fifth generation of cars. The car has been produced since 1996, and is in great demand all over the world.

Mod of a passenger car Volkswagen Passat, model 1999 in a sedan-type body, for Euro Truck Simulator 2 has an original interior with basic animation. Under the hood, the car has a diesel engine with a capacity of 110 horsepower, and a pair of 5 and 6-speed gearboxes are provided for the choice of the ETS 2 simulator player.