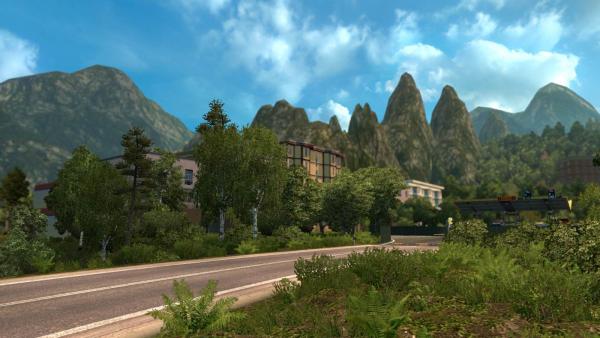 With the new author’s location, the players of the ETS 2 simulator will have the opportunity to get acquainted with the northwestern region of South America. Fans of the game have access to interesting tasks on the implementation of cargo transportation provided by transport companies.

The Colombian map mod for Euro Truck Simulator 2 is quite spacious, the authors have implemented a large length of the road network with roadside infrastructure, and more than 100 settlements. The virtual trucker will have to overcome not only high-quality asphalt tracks, but also dirt roads, covered with gravel and even flooded roads. Flights run through a picturesque wooded, flat and mountainous terrain, where mountain streamers add to the complexity, similar to the modification of dangerous routes. The developers of the add-on managed to recreate the whole flavor and originality of the natural exotic of this South American state.

The map of Colombia is autonomous, so to start it you need to create a profile, and after connecting the files, select the apollo.mbd module and start a new game.

Version 5.0.0 requires all DLCs in the game, including DLC Road to the Black Sea!