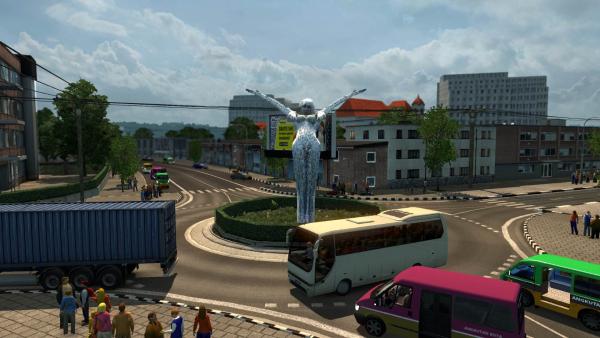 Over the years, the authors of amateur add-ons have created modifications with new locations, which include large megacities, such as Tokyo, some states and entire continents. For some reason, Indonesia enjoys special popularity among the creators of mods because of its unique color and exotic climate.

Indonesia map mod - ICRF Map for Euro Truck Simulator 2 includes only three cities with a peculiar architecture and vegetation, but due to the size of the recreated territories, on a 1:1 scale, the virtual country will not seem so small. The fan of the ETS 2 simulator will be pleasantly struck by the length of roads with left-hand traffic, a unique complex terrain and settlements where life is boiling. Crossing, tropical flora and dirt country roads add significant delight to the player.

You should know that the map is self-contained, so you need to create a new profile, and select the module in the file manager: indonesia.mbd.