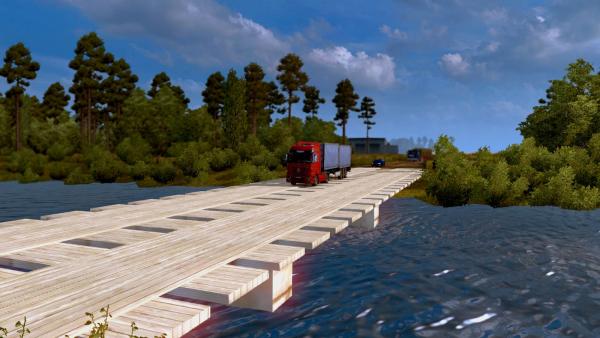 The new location represents in the ETS 2 simulator a whole exotic state located in the northwestern part of Brazil, in its color, it has many similarities with the Fazenda modification. The Amazonas map mod implements in Euro Truck Simulator 2 a vast territory, which includes 27 settlements, united by an extensive road network with a kind of infrastructure.

The map of the state of Amazonas is autonomous, so the player needs to create a profile and select the amazonas.mbd game module in the file manager and start a new game.

Dear user of the site, carrying out the transportation of goods across the expanses of Russian maps, to enhance the effect of realism, we recommend you to download and install the mod Russian radio stations for all versions of the simulator ETS 2!
Brazil new maps
Previous modNext mod