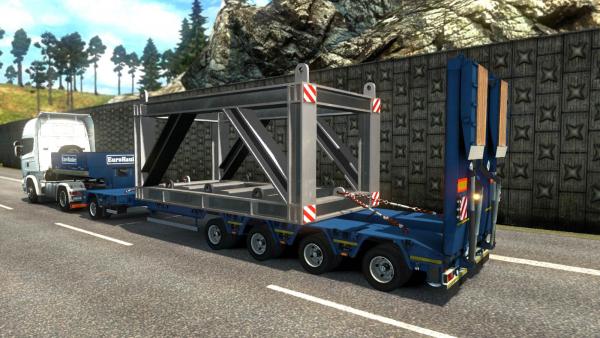 With the new modification to the ETS 2 simulator, nine semi-trailers made in excellent quality, close to realistic, and a couple of dozens of original loads will appear in the game. The add-on is universal, and works with authoring mods of trucks, along with the standard ones.

The Zeeuwse Trucker trailer mod for Euro Truck Simulator 2 implements trailers with three, four and five axles in the game world, including low-loaders in several colors. As for cargo, they are very diverse, among them there are bales of hay, metal, construction materials, broken cars, small buildings and much more. An important point is the autonomous registration of semitrailers, so they can be found on the roads in traffic.