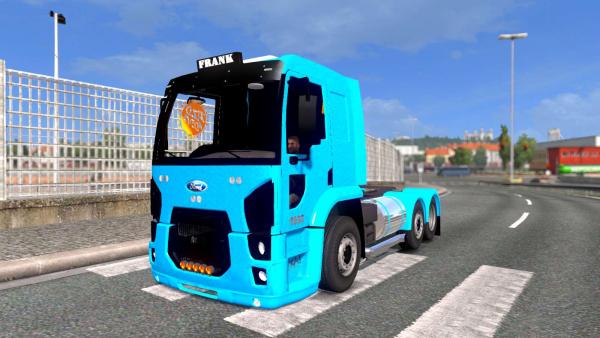 A very unusual truck, Ford Cargo 1932, differs from its counterparts in its extravagant appearance. Ford has designed the truck specifically for the countries of South America, the main buyers of the car, like the Volvo NH12, are Argentina and Brazil, where they are widely used and are still in operation.

The mod of the Ford Cargo 1932 truck for Euro Truck Simulator 2 has a wide range of chassis, of the presented chassis options there is a choice between two or three axle modifications, as well as a type of all-wheel drive with a 6x6 wheel formula. The range of engines covers a power range from 320 to 1020 horsepower. The virtual tractor is also adapted for visual tuning, among the spare parts for the player of the ETS 2 simulator are available exhaust pipes, spoilers, antennas, taillights, gas tanks and some other items to improve the appearance of the truck. Of particular note is the original interior of the cabin, in which you can install a car radio for listening to Russian radio stations and a functional GPS navigator.