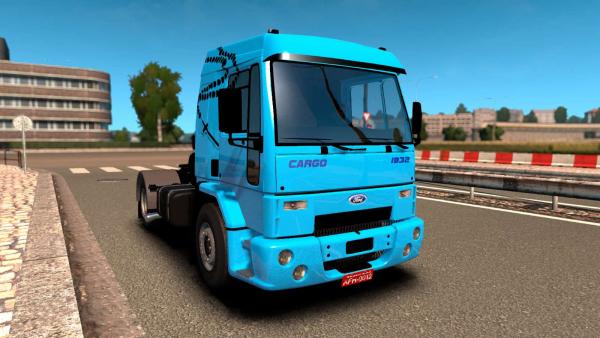 In the early eighties, Ford designers launched a new line of Ford Cargo trucks in a series. The truck did not receive proper recognition in Europe, but later the sale of equipment was redirected to the markets of Central and South America, as well as Turkey, where they subsequently received their widespread use.

The mod of the Ford Cargo 1832 truck for Euro Truck Simulator 2 is built on the frame of a truck tractor, the chassis has a 4x2 wheel formula and is equipped with a 320 horsepower engine with a set of its sounds. The car completely lacks tuning, however, a qualitatively recreated original interior with full functionality and a solid three-dimensional body model will not leave indifferent virtual truckers of the ETS 2 simulator.