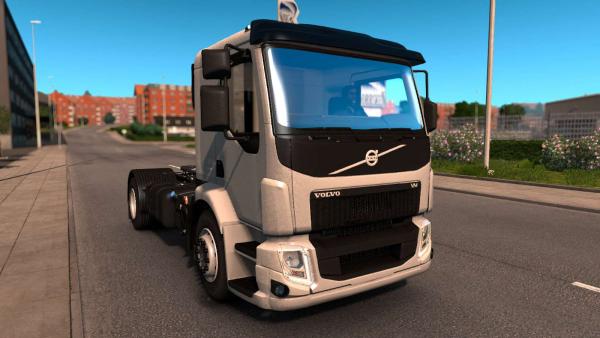 A wide range of Volvo VM trucks was developed specifically for the market of Central and South America. When creating a car, the designers took into account the climatic and road conditions of the region, therefore it is recommended to additionally download a map of parts of Latin America for the greatest effect of realism. Trucks are also being released at the Brazilian Volvo Trucks subsidiary.

The fourth-generation Volvo VM truck mod for Euro Truck Simulator 2 has been recreated with precise precision using a high-quality 3D model and high-resolution textures. Modification developers have implemented three types of chassis with a 4x2 wheel arrangement and a 6x2 BDF frame, six engines with power from 213 to 364 horsepower, their own soundtrack and a wide range of transmissions. In addition, the virtual trucker will appreciate the masterfully executed original interior, and in any garage of the simulator ETS 2 will be able to decorate the cabin of his Volvo with his favorite skin.

Dear user of the site, carrying out the transportation of goods on the virtual roads of Europe, for a variety of gameplay, do not forget to download and install new maps for any version of the simulator ETS 2!
Volvo truck
Previous modNext mod

The new mod adds to the game world of the ETS 2 simulator a two-axle truck Mercedes-Benz L 1111 and a LS 1111 truck tractor, made in compliance with all similarities with the original. On the...