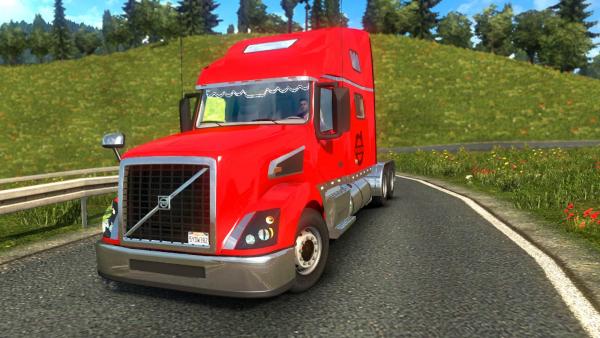 The Volvo VNL range of truck tractors has been developed by Volvo Trucks America for the US and Canada. A distinctive feature of trucks from European counterparts is the engine compartment under hood, a more spacious cab and large dimensions.

The mod of Volvo VNL Truck Shop tractors for Euro Truck Simulator 2 includes several models of Volvo heavy vehicles of this series. The authors implemented two types of cabs and several chassis options designed for a particular model, as well as a powerful chassis with an 8x4 wheel arrangement. The player of the ETS 2 simulator is given the opportunity to choose the interior of the cabin of a budget option or a luxury class with full animation.

Upon purchase, a choice of nine engines with a capacity of 433 to 600 horsepower and ten gearboxes with a different number of speeds, from 6 to 18 stages, is provided. The virtual trucker will remain pleased with the impressive arsenal of tuning accessories that will help him create his own original appearance for the truck.