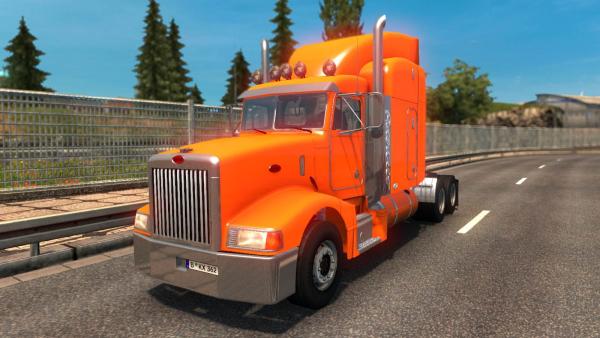 The American truck tractor Peterbilt 377 was produced between 1987 and 2000, and had a classic engine compartment for trucks manufactured in the USA. Unlike the Peterbilt 389, the car had a more modern appearance, improved technical characteristics and improved aerodynamic properties of the cab.

The mod of the Peterbilt 377 truck for Euro Truck Simulator 2 is built on the frame of a truck tractor, when buying at the Iveco dealership, the player is given a choice of four cabs and the same number of chassis with a 6x4 wheel arrangement, twenty-three gearboxes on 6, 10, 13 and 18 speeds and eighteen engines with power from 370 to 625 horsepower. In any garage of the ETS 2 simulator, a virtual trucker has the opportunity to subject his horse to small tuning. The authors of the modification carefully recreated the original interior with a functional dashboard.