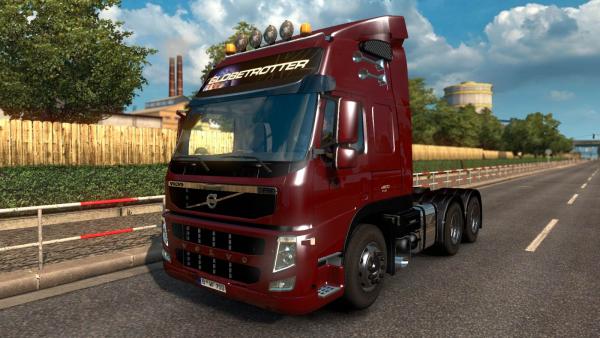 The Volvo FM series of heavy trucks has been around for two decades; they have been produced since 1998 and continue today. During the production, trucks with the indexes FM7, FM10 and FM12 with an engine capacity of 7, 10 and 12 liters were released, respectively, but subsequently the manufacturer decided to abandon the encryption of the parameters in the index of the truck. Volvo cars are characterized by high traffic, power and, unlike the F Series, a more comfortable cab.

The Volvo FM truck mod based on the tractor for Euro Truck Simulator 2 has one cab option and several chassis types with 4x2, 6x2, 6x2-4, 6x2/4 and 6x4 wheel sets. From the power units, the authors prepared five engines with a capacity of 330 to 500 horsepower and eight gearboxes. In addition, a small, but necessary set of accessories for tuning and improving the appearance of the truck is prepared for the players of the ETS 2 simulator.