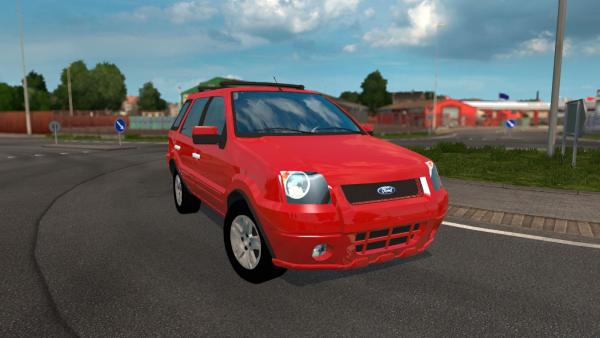 Perfectly recreated by the authors of the urban crossover Ford EcoSport will be a good addition to the ETS 2 simulator, since the model almost exactly repeats the geometry and elements of the body. This Ford car model was originally developed for the Brazilian market, therefore, as never before, it will look in Euro Truck Simulator 2 on the roads of the Brazil map.

The car’s mod is equipped with a choice of one of the two engines with a volume of 1.5 and 2.0 liters. In addition, the modification supports the work of DLC National Window Flags and DLC Accessories. The virtual trucker will also like the original interior of the cabin.

Ford F-150 SVT Raptor Supercab was born thanks to the improvement of its obsolete brother in 2011. A new powerful engine with an updated gearbox and extended wheel arches gave the car a second life....