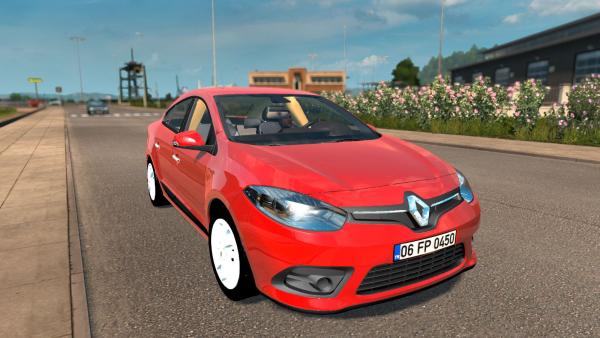 The mod of the French car Renault Fluence adds two types of passenger cars to the ETS 2 simulator, produced in 2009 and its restyled version from 2012. Passenger car Renault Fluences along with Renault Megane 2 will be an excellent exhibit of the collection of virtual drivers Euro Truck Simulator 2, as it is made in very good quality.

The modification has a choice of two engines at 1.8 and 2.0 liters, respectively. The gearbox includes six speeds, its own original wheels and a carefully designed detailed interior with a GPS navigator installed in the dashboard.