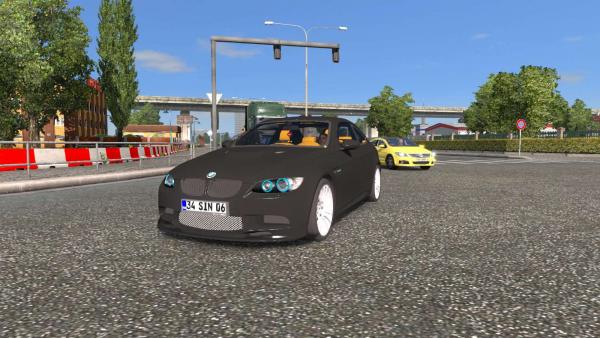 The BMW M3 E92 is a sports version of the third-series BMW, manufactured by the Bavarian brand auto giant from 2006 to 2013. The car is designed in the back of a two-door coupe with excellent aerodynamics, emphasizing its swiftness.

The BMW M3 E92 passenger car mod for Euro Truck Simulator 2 has a photo-realistic appearance, the authors carefully recreated the original interior of the cabin with partially implemented animation, there are two types of suspensions. When buying in the car dealership, the player of the ETS 2 simulator will be asked to equip the passenger car with one of the two available engines with its own soundtrack. In addition, the modification is supplemented by its own physics and a pair of branded wheels.

Virtual version of the car BMW F30 M has a characteristic interior with animation, and the body model with high detail, so that in the game world Euro Truck Simulator 2 looks very realistic. The...

Carrying out the routine work of transporting goods, simulator players sometimes have an acute desire to take a break from cargo transportation and simply drive along the tracks of the simulator in...