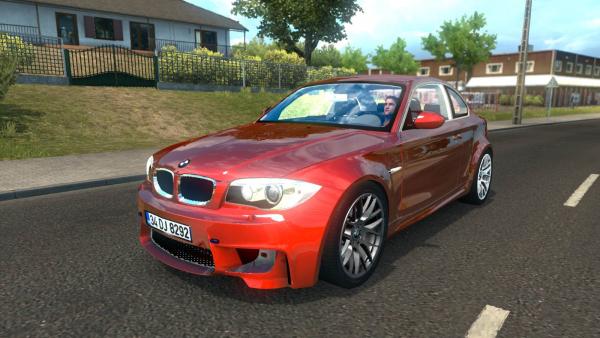 In 2007, the Bavarian company BMW for the first time presented to the general public a passenger car of the first BMW 1M series in the back of the E82, which four years later went on sale.

The BMW 1M E82 passenger car mod for Euro Truck Simulator 2, unlike the M5 F10, has the body of a two-door coupe. The car can be equipped with one of the engines with a capacity of 160 or 360 horsepower and the only available six-speed gearbox. The original interior with implemented animation and support for DLC Cabin Accessories will be a pleasant surprise for lovers of cars in the ETS 2 simulator. The authors of the modification have updated new sound effects and added brand wheels.