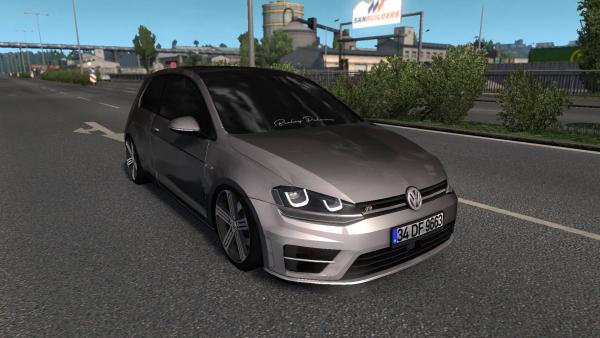 Volkswagen Golf cars manufactured by the German company Volkswagen since 1974 have been the most popular passenger cars among motorists all over the world for several decades. The new modification adds to the virtual road simulator ETS 2 VW Golf Mk7, produced since 2012.

The seventh-generation Volkswagen Golf passenger car mod in the R-Line configuration for Euro Truck Simulator 2 was created using a detailed three-dimensional model. The authors realized the original corporate interior of the cabin with high-quality prescribed animation. On the technical side, an engine with 310 horsepower with its own set of sound effects and a six-speed gearbox were added.