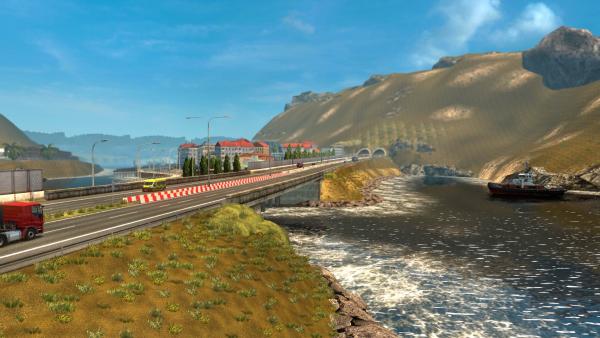 One of the largest and highest-quality modifications, in terms of the implementation of new territories in ETS 2, in terms of scale and performance of various climatic zones in the implemented area, can only be compared with a map of Mario, where several regions of parts of continents and large states were recreated.

The TruckSim map mod for Euro Truck Simulator 2 materializes in the simulator virtual versions of European countries such as Spain, Croatia, Greece and the countries of North Africa, united by a large-scale road network and ferry services connecting more than 200 cities. Each region is distinguished by its vegetation, infrastructure, road signs and markings, as well as architecture and attractions.

Remember that for the mod to work correctly, you must attach files strictly according to a numbered list.