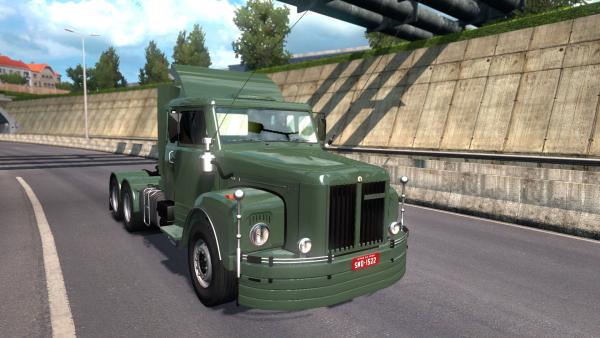 Another rare brutal heavy-duty truck, resembling the Soviet KrAZ in appearance, from the Swedish company Scania, specializing in the production of heavy automobile equipment, the Scania 111s truck, was produced in the seventies of the last century for the country's domestic market. However, it was just as well known far beyond the Scandinavian peninsula. Now we can fully enjoy the full power of the virtual brother of this iron monster on the roads of the ETS 2 simulator.

The Scania 111s truck mod for Euro Truck Simulator 2 is presented in two chassis options, with two axles for transporting semi-trailers, and three for transporting tandem trailers. Unfortunately, the truck is practically devoid of the possibility of tuning, however, the well-realized interior of the cabin and its own physics will smooth out this small drawback.