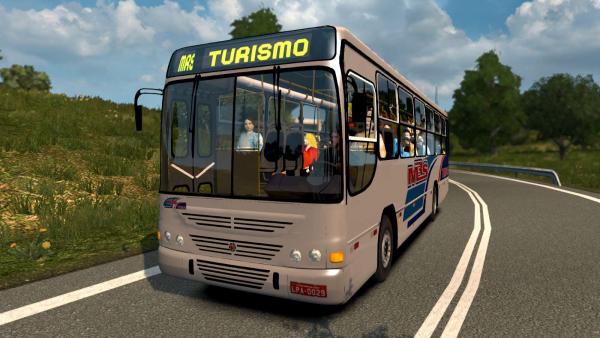 The Marcopolo Torino GVI bus was first introduced in 1999, structurally the Torino G6 was not innovative, in essence the G6 model was factory wrestling of the old 1994 Torino GV model. The new model received from its ancestor simple rectangular shapes, a time-tested 4x2 chassis, updated bumpers and new lighting equipment and in the game is perfect for passenger traffic.

The Marcopolo Torino GVI city bus mod is based on realistic 3D models, the developers added 3 V6 engines (320, 360 and 408 hp), 3 gearboxes (6-speed and 12-speed), the original skin with the ability to change the main color and passengers which you can sit in places in the form of tuning. In addition, the original interior of the cabin was recreated, an indication of the dashboard was registered, and animation of the operation of devices, switches and wipers was added.