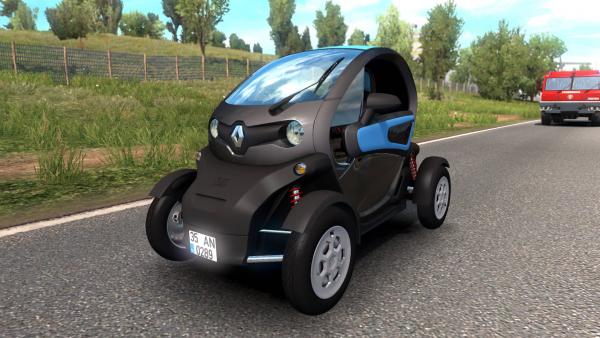 With electric traction cars, ETS 2 sim players were lucky enough to get acquainted with the Tesla Model S. This time, a two-seater electric car Renault Twizy, presented by the French company Renault at the Frankfurt Motor Show, is offered to the court of virtual drivers. The electric vehicle has a range of 100 kilometers, and is positioned as a personal city transport.

The mod of the Renault Twizy electric car for Euro Truck Simulator 2 has a realistic three-dimensional model and a detailed fully animated interior with support for installing accessories. Of the power units, two electric motors of 4 and 12 kW were sold, with a capacity of 5 and 17 horsepower, respectively. The vehicle body can be painted in any color, and to give personality, there are three colorful stickers.

The prototype of the Tesla Semi electric truck is still under development and testing, however, thanks to the authors of the mod, fans of Euro Truck Simulator 2 have already been given the...