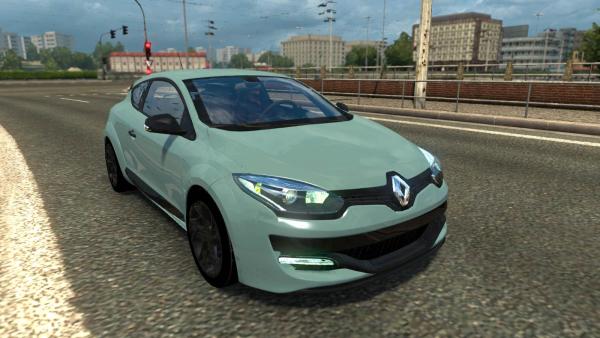 Passenger car Renault Megane 3 RS is a sports version of the serial passenger car, and externally has a lot in common with Fluence. The car was first presented in 2009 at the prestigious automobile exhibition in Geneva. The sports version of the third-generation Renault Megan is equipped with a more powerful engine and directional stability system.

The mod of the Renault Megane RS passenger car for Euro Truck Simulator 2 is implemented in a restyled body of the 2014 model. Highly polygonal three-dimensional model blurs the line between the game world and reality. A pair of 160 and 250 horsepower engines are available for the ETS 2 simulator player, as well as a single six-speed gearbox with original characteristics.