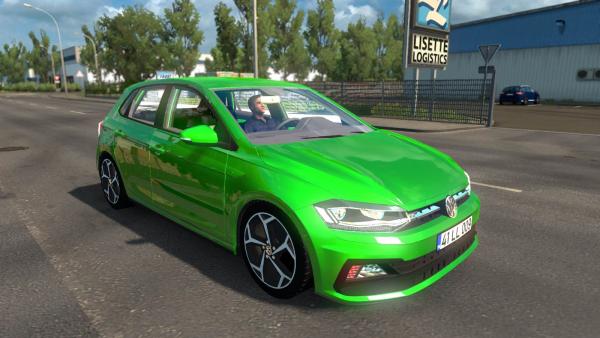 The history of the Volkswagen Polo car dates back more than forty years. The first copies of the car came off the assembly line back in 1975, to this day the car has undergone six modifications.

The mod of the Volkswagen Polo passenger car for Euro Truck Simulator 2 is implemented in the game by the sixth generation Volkswagen Polo in the back of a five-door hatchback. The authors added two engines, six gearboxes, the speed of which can be estimated on the race track, and a set of original wheels. In addition, the modification for the ETS 2 simulator is complemented by a characteristic interior with prescribed animation.