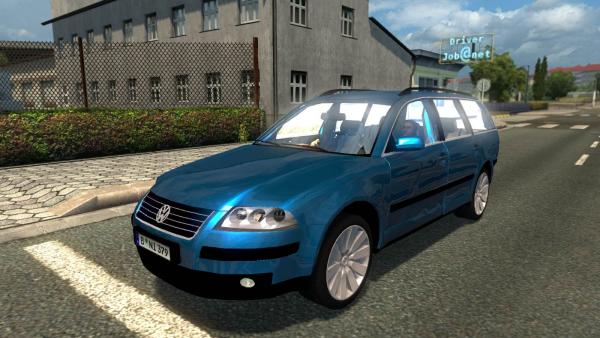 The fifth generation of the popular German Volkswagen Passat passenger cars was produced between 1996 and 2005, after which the production of more modern and technologically innovative passenger cars of the next generation VW Passat B6 was launched.

The Volkswagen Passat B5 passenger car mod in the station wagon for Euro Truck Simulator 2 was recreated in excellent quality using a highly polygonal three-dimensional model of the exterior and interior, where the authors implemented competent animation and support for DLC Cabin Accessories. When buying a car, the ETS 2 simulator player is offered a standard and lowered suspension, 23 engine options with a set of characteristic sounds and a couple of gearboxes. For external tuning, it is possible to tint glass, prepared four radiator grilles, two types of bumpers and moldings, as well as three varieties of headlights and taillights.