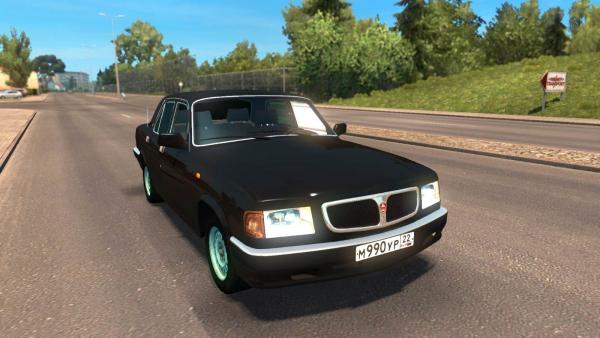 The dream of many Soviet motorists of the late nineties and early zero years, a middle-class passenger car GAZ-3110, produced by the Gorky Automobile Plant. Volga was mass-produced from 1997 to 2005, replacing the outdated model of the GAZ-31029 passenger car on the conveyor.

The GAZ-3110 passenger car mod for Euro Truck Simulator 2 is not without drawbacks, but lovers of Russian technology on the virtual roads of the ETS 2 simulator, along with the VAZ-2106, will like it. The car body is made in very good quality, because when creating the modification, the authors used a highly detailed three-dimensional model. Unfortunately, the add-on does not have its own interior, from the power units there is a standard engine and a couple of manual gearboxes.