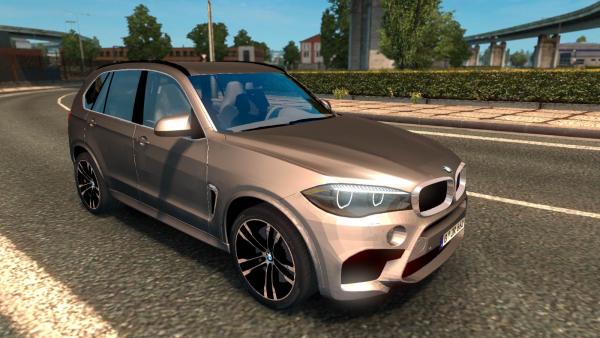 The urban crossover BMW X5M is an advanced version of the serial high-end BMW X5 series passenger car, and is radically different in appearance with the sequential BMW X6 series. The car was equipped with a more powerful and improved engine with dual turbocharging, sports suspension and branded wheels for low-profile tires.

The 2016 BMW X5M crossover mod of the 2016 model for Euro Truck Simulator 2 perfectly repeats all the lines and bends of the body of a real passenger car. Under the hood of the car is an engine with a volume of 5.5 liters and a capacity of 549 horsepower with original characteristics. The ETS 2 sim player has a single six-speed gearbox. The authors recreated the characteristic interior of the cabin in bright colors with implemented animation.

It's time to drive on virtual European roads on the elite crossover Maserati Levante in the back of the 2017 model. Upon purchase, you will be asked to choose a color scheme for the interior, dark or...