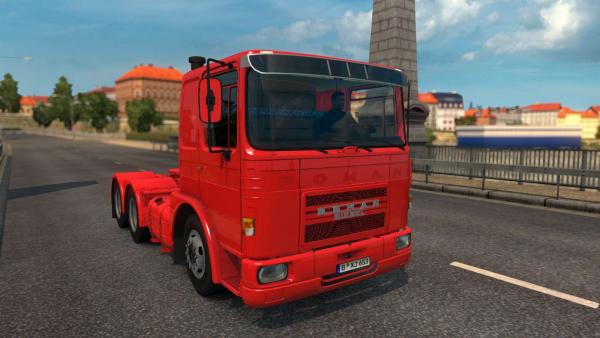 Since the late seventies, the Romanian company ROMAN S.A. began to produce trucks for the market of Eastern Europe under the license of the German concern MAN. One of the models is the Roman Diesel truck tractor, which has a lot of similarities with the MAN F90.

The mod of the Roman Diesel truck tractor for Euro Truck Simulator 2 has a chassis with wheel formulas 4x2 and 6x4, several engines from 192 to 256 horsepower and three gearboxes at 5, 6 and 12 stages. The authors of the modification added skins and prescribed characteristic sound effects. For lovers of tuned trucks, there are about thirty additional accessories, among them you can find radiator grills, fenders, mirrors, headlights and many other useful elements that can be installed in any workshop of the ETS 2 simulator.

Dear user of the site, carrying out the transportation of goods on the virtual roads of Europe, for a variety of gameplay, do not forget to download and install new maps for any version of the simulator ETS 2!
MAN Roman truck
Previous modNext mod

Autonomous Russian truck KamAZ-6460 Turbo Diesel its appearance resembles an exclusive car. The truck will perfectly fit into the virtual world of the simulator ETS 2, thanks to the unusual exterior....