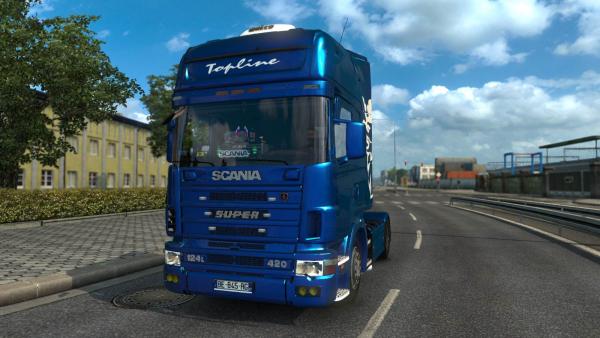 The Scania 124L tractor unit was developed by the Swedish concern Scania in the mid-nineties of the last century and is the forerunner of the modern Scania R series, popular among truckers. Production of trucks was launched in 1995 and continued until the end of 2004, when the last truck was rolled off the assembly line.

The Scania 124L truck tractor mod for Euro Truck Simulator 2 implements the fourth series of a truck. The authors of the modification realized the only 4x2 chassis, the original Topline cabin with an authentic interior, nine engines with power from 360 to 580 horsepower and a pair of twelve speed gearboxes. The virtual trucker of the ETS 2 simulator will really like the diverse rich assortment of spare parts for external tuning, which has more than fifty items.