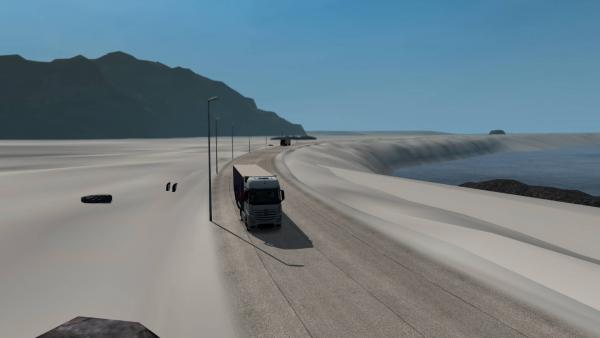 With the help of copyright maps, fans of the ETS 2 simulator were lucky enough to visit many countries and continents, from the Russian North to the expanses of Brazilian exotic. This time, players will have to conquer the most southern continent of our planet on their truck.

The Antarctic map mod for Euro Truck Simulator 2 is quite interesting, you can get to the new location using the ferry service from Naples, located in Italy, and Nynashamn in Sweden, so the modification requires the presence of Scandinavia DLC and Italia DLC. Upon arrival, the virtual driver is at the port of McMurdo. The authors of the supplement implemented several polar stations, united by a network of noteworthy roads, an original relief, ice wasteland, engineering structures, and even flocks of penguins.